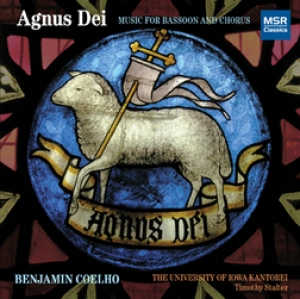 The human voice and the bassoon. Compositions featuring these two instruments in combination are rare, much more so than the pairing of the voice and the bassoon’s treble cousin, the oboe. There is no clear, overarching reason for the relative dearth of bassoon/vocal works, but it certainly cannot be for a lack of beauty, to which this recording attests.

ADRIAN WILLIAMS (b. 1956)
MY HEART IS STEADFAST for a choir of four mixed voices and bassoon solo (1981)