Home » The Elocutionists: Women, Music, and the Spoken Word

The Elocutionists: Women, Music, and the Spoken Word 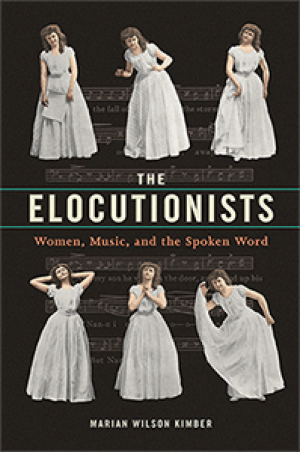 Emerging in the 1850s, elocutionists recited poetry or drama with music to create a new type of performance. The genre--dominated by women--achieved remarkable popularity. Yet the elocutionists and their art fell into total obscurity during the twentieth century. Marian Wilson Kimber restores elocution with music to its rightful place in performance history. Gazing through the lenses of gender and genre, Wilson Kimber argues that these female artists transgressed the previous boundaries between private and public domains. Their performances advocated for female agency while also contributing to a new social construction of gender. Elocutionists, proud purveyors of wholesome entertainment, pointedly contrasted their “acceptable” feminine attributes against those of morally suspect actresses. As Wilson Kimber shows, their influence far outlived their heyday. Women, the primary composers of melodramatic compositions, did nothing less than create a tradition that helped shape the history of American music.