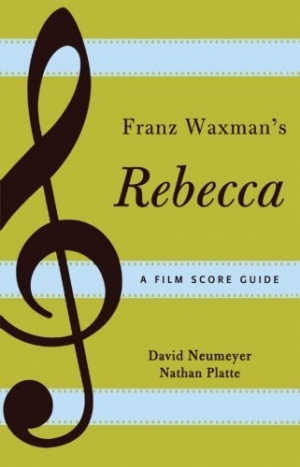 In Franz Waxman’s Rebecca: A Film Score Guide, David Neumeyer and Nathan Platte situate the score for this classic work within the context of the composer’s life and career. Beginning with Waxman’s early training and professional experience as a jazz musician and film-music arranger-orchestrator in Berlin, the authors also recount the composer’s work in the music department at MGM between 1936 and 1942. During this period, Waxman was loaned out to Selznick International Pictures and wrote the music for Rebecca. Through manuscript and archival research, Neumeyer and Platte untangle the threads of the film’s complicated music production process, which was strongly influenced by Selznick’s habit of micromanaging music choices and placement. This volume concludes with a thematic analysis and reading of the score that incorporates commentary on scenes and cues.