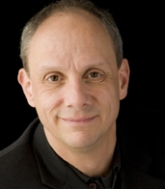 Stage credits include Tartuffe in Kirk Mechem’s Tartuffe, the Lecturer in Argento’s A Water Bird Talk, Ko-Ko in The Mikado, Marcello in La Bohème, Voltaire in Candide, Guglielmo in Così fan tutte, and Sir Toby Belch in Shakespeare’s Twelfth Night. Muriello has concertized in London at The Wigmore Hall and in Moscow at the Moscow Conservatory, as well as throughout the lower forty-eight.

Muriello’s directing credits include H.M.S. Pinafore for Cedar Rapids Opera Theatre, and The Fantasticks, She Loves Me and A Little Night Music for the University of Iowa School of Music.