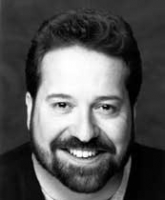 Bill Theisen made his professional theatre debut at the Skylight Opera Theatre in his hometown of Milwaukee, Wisconsin in 1981. His longtime affiliation with the company came full circle when he returned to serve as artistic director from 2004 through 2013.

Bill has directed over 100 productions for theatre and opera companies from coast to coast. Recent directing credits include The Pirates of Penzance for Santa Fe Opera, Showboat with Gateway Playhouse, H.M.S. Pinafore, The Barber of Seville, and The Mikado at Lyric Opera of Kansas City, Sweeney Todd with Cleveland Opera, The Fourth Wall at Milwaukee Chamber Theatre, The Magic Flute for Virginia Opera, A Little Night Music with Seaside Music Theater, The Mikado with Opera Carolina, Seussical at First Stage Children’ Theatre, and Into the Woods at the Capitol Center for the Performing Arts.

Skylight Opera Theatre directing credits include Porgy and Bess, The Figaro Story, La Boheme, Souvenir, Sunday in the Park with George, South Pacific, The Tragedy of Carmen, Animal Crackers, The Spitfire Grill, La Cenerentola, The Mikado, Patience, The Pirates of Penzance, and the world premiere of Over the Moon with Gilbert and Sullivan.

Bill was the artistic director of the Capitol Center for the Performing Arts in Upstate New York and is an adjudicator for arts programming on PBS.