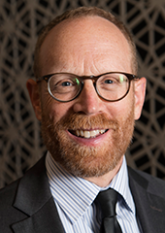 David Gier is director of the School of Music, and Erich Funke Professor in the College of Liberal Arts & Sciences at the University of Iowa.  He also serves in the Office of the Vice President for Research and Economic Development as a faculty research fellow, and in that role works on initiatives that support arts and humanities research and creative activity. Gier is an elected member of the National Association of Schools of Music Commission on Accreditation. In addition to his administrative duties, he teaches trombone and brass chamber music and performs as principal trombonist of the Quad City Symphony Orchestra. Before moving to Iowa in 1995, Gier served for six years on the faculty of Baylor University.

As a soloist, clinician and adjudicator, Gier has performed and presented at many colleges, universities, and professional conferences, including the International Trombone Festival, the Eastern Trombone Workshop, the Music Educators’ National Conference, and the New York Brass Symposium. His recording of mixed chamber music featuring trombone, entitled “Toot tooT” was released on the Albany Records label in 2007.

Gier’s teaching expertise is nationally recognized. His students have been prizewinners in the Eastern Trombone Workshop National Solo Competition and the St. Louis Symphony Young Artist Competition. Recent graduates of Iowa have won performing positions with the Metropolitan Opera Orchestra, the Chicago Civic Orchestra, national Broadway touring companies, the Air Force Band, and in prestigious summer programs such as National Orchestral Institute, the National Repertory Orchestra and the Graz AIMS Opera Orchestra. Iowa graduates also hold faculty posts at colleges and universities around the U.S., and in the public schools throughout the Midwest.

Gier is a graduate of the University of Michigan and Yale University, where he completed the Doctor of Musical Arts degree in 1992.