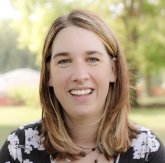 Upon finishing her internship at the Children's Hospital of New Orleans, Kelly began her music therapy career at West Music in 2005.  She served as the Director of Music Therapy Services at West Music from 2007 - 2021 where she received multiple awards and accolades (including the 2013 Pearl West Award, given to one employee annually).

Over the course of her career, Kelly has worked with many different populations from birth through the end of life. These populations include children in special education, early intervention, and medical settings (e.g., neonatal intensive care unit, pediatric intensive care unit) as well as adolescents and adults with developmental, cognitive, and neurological conditions such as stroke and traumatic brain injury.  Kelly also has experience working with individuals in hospice, mental health, and geriatric care.  Kelly's clinical focus for the past 10 years has been in hospice and with individuals who have experienced a stroke.  She especially enjoys being able to help individuals regain speech after a neurological event, or being with a patient and their loved ones at the end of their life to make meaningful memories together.  Her ability to relate to and quickly build rapport has helped her succeed both in her clinical work and in the business world as well.

Kelly is an active and enthusiastic conference presenter (e.g., American Music Therapy Association, Complementary and Alternative Medicine, National Association for Music Merchants), guest lecturer at regional and state universities, and frequent collaborator with University of Iowa students. She currently serves on the Iowa Task Force and is the Vice-President Elect of the American Music Therapy Association Midwestern Region.