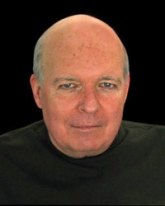 Lowell Cross is Professor emeritus at the University of Iowa. He is a composer of electroacoustic and multimedia works that have been performed throughout the world; he is also active as an engineer and instrument builder.

Prof. Cross initially studied English and mathematics at Texas Tech University in Lubbock from 1956–61 and earned his first BA in these subjects. He also studied clarinet with Keith McCarty, composition and music theory with Mary Jeanne Van Appledorn and the history of art and architecture with Elizabeth S. Sasser there from 1961–63 and earned his second BA in music. He then studied electronic music with Gustav Ciamaga and Myron Schaeffer, ethnomusicology with Mieczysław Koliński, media and society with Marshall McLuhan, and musicology with Gerhard Wuensch at the University of Toronto from 1964–68, on a Woodrow Wilson Fellowship.

His honors include a Distinguished Alumnus Award from Texas Tech University (1986). His music has been performed throughout the world at several festivals, including twice at the ISCM World New Music Festival (1966, Stockholm; 1977, Bonn) and once at the Venice Biennale (1980). In addition, his multimedia works have been widely exhibited, including twice at World Exhibitions (video art, 1967, Montréal; laser projections, 1970, Ōsaka), for both of which he also utilized technological innovations of his own design.

Prof. Cross has been active as an engineer and producer since 1961 and has produced recordings for various labels, including Albany Records, Bridge Records, CRI, Music & Arts Programs of America, Orion, Philips, the University of Iowa Press, and Vienna Modern Masters. He installed an electronic music studio at Texas Tech University in 1961. Moreover, he has written numerous articles for American, French, German, and Spanish publications, as well as the book A Bibliography of Electronic Music (1967, University of Toronto Press; second edition, 1968, reprinted 1970).

He taught as Lecturer in Music at Mills College in Oakland in 1968–69, where he also served as artistic director of the Tape Music Center. He then served as both a teacher of and technical advisor in electronic music at the National Institute of Design in Ahmadābād, India in 1970, on a John D. Rockefeller III grant. He taught art and technology, musical acoustics, recording techniques, and other subjects at the University of Iowa in Iowa City from 1971–2002, where he was Professor of Music from 1981–2002. He has also given lectures and seminars in Europe and the USA, as well as in Canada, India and Mexico.