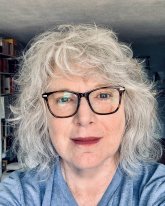 While still a university student in voice performance, Rachel Joselson performed with the Indianapolis Symphony and the Atlanta Symphony Orchestra under the baton of Robert Shaw. After completing her masters’ degree at Indiana University, she moved to Europe and pursued private voice study with Mario and Rina del Monaco in Lancenigo, Italy. Her first full-time operatic contract was in Darmstadt, singing roles Rosina, Dorabella, Cherubino, Adalgisa and Idamante, before transitioning  to soprano repitoire during her years at Hamburg.  Hamburg roles include Mireille, Mimì, Micaela (Carmen), Méisande, Marjênka (Bartered Bride), Donna Elvira (Don Giovanni), Leonore (Fidelio), and Eva (Die Meistersinger﻿).

After returning to the U.S. in the late 1990s, the Metropolitan Opera engaged her for Kurt Weill’s Rise and Fall of the City of Mahagonny. She has performed with symphony orchestras in Madison, Oshkosh, and Johnson City, Tennessee, and was featured with the Utah Festival Opera in Logan and the Mormon Tabernacle Choir and Orchestra in Salt Lake City for its International Sunday broadcast. She sang Madame Euterpova in the 1998 CD recording of Menotti’s Help!Help! The  Globolinks,with the Madison Symphony Opera and Orchestra under the baton of John DeMain.  Her first solo CD "The Songs of Arthur Honegger and Jacques Leguerney" with pianist Rene Lecuona, was released in 2003 by Albany Records. Joselson coached this repertoire in France with pianist/coach Mary Dibbern, and debuted these in concert at the American Cathedral in Paris.  Her CD, "Songs of the Holocaust" with pianist Réne Lecuona, cellist Hannah Holman, and violinist Scott Conklin, was released by Albany Records in July 2016.  She has presented this program throughout Vermont, at CUNY Graduate School in New York City, wrencece University, Montclair State, Middlebury College, and at the annual commemoration of the liberation of Auschwitz concentration camp for the United Nations General Assembly in January 2017. “Ich denke dein: Songs and Chamber Works of Nikolai Medtner" was recently released by Albany records.  Joselson and pianist Bo Ties are currently recording “Je Donnerai Mes Jours: Complete Songs of Gabriel Dupont", which will be released in the spring of 2019.

Joselson was invited to Leipzig, where she presented lecture and master classes about American song composers at a convention for the German Association of Voice TeacherInternationaConvention--BDG. In Halle, she taught bel canto technique and was an artist-in-residence at the Asolo Song Festival and Institute in Italy. She also traveled to perform and teach at Puebla’s National Music Conservatory in Mexico.  Joselson has adjudicated both state and regional competitions for the National Association of Teachers of Singing in Iowa and Illinois, and for the Classical Singer Convention in Chicago, at which she also presented master classes. Joselson performed a recital in Philadelphia as well as Russian and French Repertoire for the 54th Annual Midwest Modern Language Convention in Cincinnati. She is also a featured soloist on NPR’s World Canvas program produced by Iowa Public Radio in Iowa City’s Old Capital’s Senate Chamber.

Joselson has branched out into musical theater, having performed Desirée in Sondheim’s A Little Night Music with Middlebury Opera, Golde in Fiddler on the Roof, Glinda/Auntie Em in The Wizard of Oz, and Mama Morton in Kander and Ebb’s Chicago, the Musicalwith Iowa City’s Old Capitol Opera.   Joselson received her Doctor of Musical Arts Degree from Rutgers University.  She has been on the faculty at the University of Iowa since 1997. Joselson lives in Iowa City with her husband Michael, teenage children Manny and Leah, and their four cats Harry, Estie, Gibson, and Carlino.