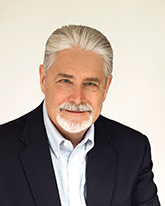 Stephen Swanson is a concert and opera singer, a teacher of singing, and opera stage director. He earned degrees from North Park College and Northwestern University and served a two-year American Guild of Musical Artists apprenticeship with the Wolf Trap Company. After an internship at the International Opera Studio of the Zurich Opera, Swanson sang in opera houses in Switzerland, Germany, Austria, and the Netherlands for nineteen years. In 1994, he joined the voice faculty at The University of Iowa School of Music.

Throughout his career, Swanson has performed with many renowned conductors, including concerts under Sir Georg Solti, Rafael Frübeck de Burgos, Margaret Hillis, and Vance George; and operas under Giuseppe Patanè, Nello Santi and Ferdinand Leitner. An extremely versatile performer, he sings works from the Baroque to the avant-garde as well as standard baritone concert repertoire, such as Brahms’ Ein deutsches Requiem, Mendelssohn’s Elijah, and his signature piece, Carl Orff’s Carmina Burana. In 2019, he added the 108th opera/operetta/musical role to his repertoire.

Since moving to Iowa, Swanson has become an active recitalist. Expanding on the opportunity to collaborate with the many excellent musicians on the faculty of The University of Iowa, he has prepared and performed theme-based recitals since 1995. Two examples of these, Was my brother in the battle? Songs of War and Animal Songs: Bestiaries in English, French, and German have been released on CD by Albany Records.