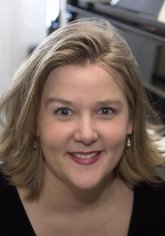 Dr. Tammie Walker, Director of the School of Music and Professor of Piano, is a graduate of the University of Illinois at Urbana-Champaign, where she earned the Master of Music and Doctor of Musical Arts degrees as a student of Ian Hobson. She became Director and joined the UI School of Music faculty in July 2019.

A Wisconsin native, Dr. Walker's early training was with Frances Karp (Madison, WI) and Penelope Cecchini (UW-Eau Claire, Bachelor of Music). An active solo and collaborative pianist, Dr. Walker has performed in hundreds of concerts throughout the continental U.S., Hawaii, western Europe, and South Korea. Highlights include a residency in Yangon, Myanmar, a recital and teaching tour in Seoul, an appearance as the Conference Artist for the Wisconsin State Music Teachers Association convention, solo recitals and lecture-recitals in Pennsylvania, Indiana, Georgia and West Virginia, and concerto performances by Rachmaninoff, Shostakovich, Grieg and Beethoven.

Walker is an active clinician, lecture-recitalist and masterclass teacher, including presentations at regional and national conferences and several virtual international invitations. She is also in demand as an adjudicator, having served on many regional, national and international juries in the US and South Korea. She held various leadership roles with the Music Teachers National Association competitions at the state and regional level for 15 years.

An interview with Dr. Walker was published in the January 2006 issue of The Piano journal in Korea, and she was featured in a 2007 article in International Piano magazine. Her article entitled "The Status of the BM-Piano Performance Degree" was published in the April/May 2008 issue of the American Music Teacher journal. In 2005 she collaborated on an arrangement of the Largo from Beethoven's Piano Concerto No. 1, arranged for alto flute and piano (Progress Press, Chicago) which was premiered at the NFA Convention in the US and in London, England. Her collaborative CD with trumpeter Bruce Briney, Time Passages, was reviewed favorably internationally.

Dr. Walker was recently selected for the College Music Society’s Presidential Task Force on Leading Change (a two-year appointment of 20 international music executives) and is currently working on flute/piano arrangements of pieces by women composers which will be published and recorded/premiered by 2023. An article on the University of Iowa School of Music’s COVID-19 protocols was published in the Music Educators Journal in June 2021.

Dr. Walker was previously on the faculty at Western Illinois University for 21 years (1998-2019), serving as Director of the School of Music her final four years. A committed teacher and the recipient of the 2012 College of Fine Arts and Communication Outstanding Teacher Award, Walker's students have been finalists in several competitions (including MTNA) and have been accepted to summer programs throughout the United States and Germany. While teaching at WIU, her students were admitted to many of the top graduate programs around the country.  Former students have won competitions at the University of Illinois, Texas Tech University, UMKC, The American Prize competition, and the Artist Presentation Society competition in St. Louis.