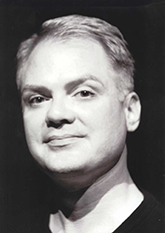 WAYNE WYMAN is a sought-after coach, an insightful stage director, and an exciting conductor whose career has included numerous guest appearances as a conductor and stage director, as well as serving as artistic director of two regional opera companies (Capital Opera in Raleigh, NC and Lyric Opera of San Antonio.) His work has been consistently well-received by audiences and critics: “Most impressive was the confidence in the pit. Wayne Wyman led his orchestra through the moods and colors of this gorgeous score with knowledgeable Gallic style...Wyman repeatedly seduced the listener with sensuous nuance.” (Carmen, Capital Opera, Roy Dicks, Raleigh News & Observer); “Thrillingly sung, handsomely staged, and sumptuously conducted…Lyric’s artistic director, Wayne Wyman, did double duty as stage director and conductor, and he excelled in both jobs. His sculptural shaping of phrases and his fluid, propulsive pacing were right on target.” (Tosca, Lyric Opera of San Antonio, Mike Greenberg, San Antonio Express-News.)

Always interested in the operatic artists of the future, Wyman founded and directed the Lyric Studio young artist program while at the artistic helm of the San Antonio company. Wyman also directed the opera program at UT-San Antonio, serving as conductor, stage director, and coach. Alumni of the Lyric Studio and the UT-San Antonio opera program have seen success as competition winners and have sung major and supporting roles with New York City Opera, Santa Fe Opera, Chicago Lyric Opera, the Vienna State Opera, the Metropolitan Opera, and other companies.

Wyman is the Director of Opera at the University of Iowa. His summers are spent in Graz, Austria on the faculty of the American Institute for Musical Studies (AIMS), where he recently celebrated his tenth year on the faculty. Wyman earned an Artist Diploma in Opera from the Cincinnati Conservatory and studied privately with the director of the Opera School at the Hochschule für Musik und darstellende Kunst in Vienna. He has presented opera masterclasses at New York University, University of Dayton, Rice University, and other American universities.