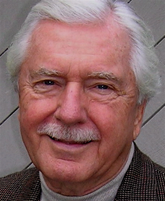 William Hatcher retired from the University of Iowa in 1999 after 43 years of conducting and teaching choral music. Coming to UI in 1988, he was Director of Choral Activities, mentored Masters and Doctoral students in choral conducting, and conducted many opera productions.  Prior to his position at UI, he directed choirs and taught at UCLA, California State University Los Angeles, the University of Washington, Pasadena City College, and Santa Barbara High School.  He was born in Iowa and received bachelors and masters degrees in music from the University of Nebraska, Lincoln.

He was the National President of the American Choral Directors Association from 1991 to 1993, and also served as Chair of the ACDA Endowment Trust. In 1996, he received the Outstanding Alumni Achievement Award from the University of Nebraska at Lincoln. In 2000, he was the recipient of the Howard Swan Award for lifetime achievement by the California ACDA, and in 2006 received the Weston Noble Award for Lifetime Achievement by the North Central ACDA. In 2010 he was the Convention Honoree of the ACDA Western Division.

Hatcher’s choral ensembles were internationally honored.  Concert tours and choral festivals took them to over twenty countries, and they were chosen to perform numerous times for regional and national ACDA Conventions.  Mr. Hatcher was also the Coordinator and Associate Director of the 1,000 voice Olympic Honor Choir which sang for the opening and closing ceremonies of the 1984 Olympiad in Los Angeles, which was telecast to over two billion people around the world.  He also served as Minister of Music for many years in various churches in Southern California.

Since retiring he has had guest residencies at the University of Miami, Cincinnati College-Conservatory of Music, the University of Illinois, Oklahoma City University, and served as an adjudicator and clinician for the three-week Hong Kong Music Festival, which included almost 900 choirs. In 2010, he conducted the Arizona Collegiate Honor Choir at the ACDA Western Division Convention.